This fall, my team will celebrate the completion of our $72.5 million, 138,000 square-foot Lakeridge Junior High School Replacement (Lakeridge Middle School) project in Lake Oswego, Oregon. When complete, this school will accommodate 1,100 students and feature new sitework, bus drop-off areas, parking lots and offsite improvements. While the past few years have presented a few challenges—including wildfires, an ice storm and COVID-19—that have caused delays on our site, we’ve overcome them while making a once-in-a-lifetime-discovery. 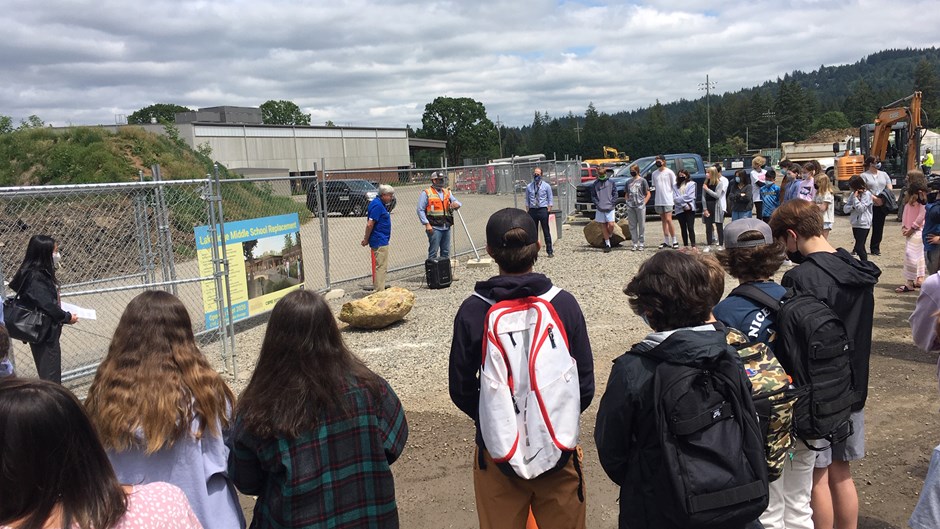 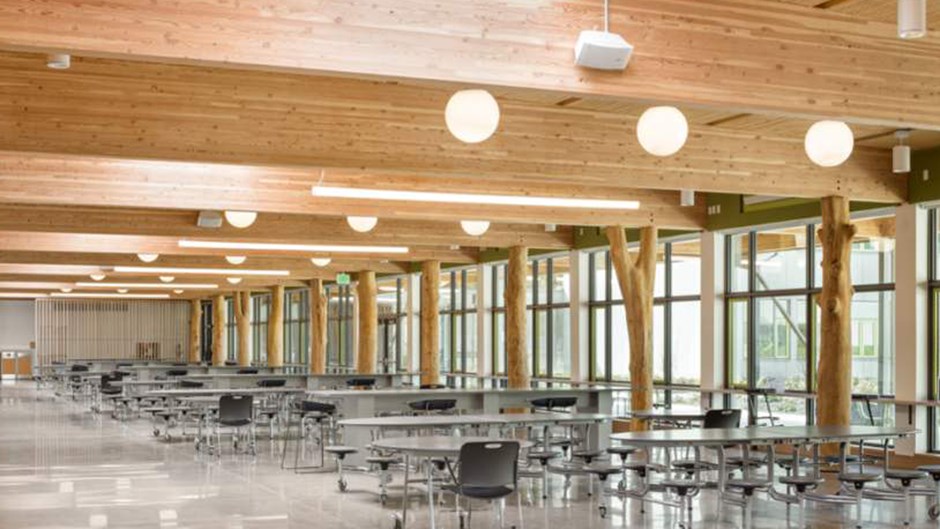 One of the biggest obstacles—and most interesting finds—we’ve had are the 500 boulders that the team discovered during the year-long structural excavation process. These boulders weren’t listed on the project’s geological report, so our leadership team, the owner, architect and contractor spent a few months determining what we should do with the boulders. That’s when we came across a specific rock that stood out from the rest due to its bright yellow, brown and red coloring.

I used an app on my phone to identify the rock, which listed it as potentially radioactive. The owner’s representative on the project reached out to a geologist from Portland State University, who visited the site for a sample of the rock. He confirmed that it was rhyolite and not from this area. Instead, it was brought here by the Missoula Floods—a series of glacial lake floods that swept across the Columbia River Gorge at the end of the last ice age—15,000 years ago. We knew then that this was an incredibly rare find and that we had to get it to the right place. The school district offered to donate it to the Tualatin Heritage Center, which is located 5 minutes down the road from our site. It now sits there as part of a museum exhibit.

A learning opportunity for students

Local students and faculty were interested in learning about this rare boulder and how it came to our site. In fact, a bus driver continued stopping by the jobsite to ask questions from two special needs students she drove to and from school because they were all so curious about the boulder. I found out later that they had nicknamed the boulder “Dwayne” after Dwayne “The Rock” Johnson.

We ended up hosting over 200 students on site and talked to them about the historical significance of the boulder and the rich history of this site and Lake Oswego region.

We also received a few questions about construction, which was great. A lot of the kids thought of construction as just constructing buildings or parking lots; they’d never considered that we could discover artifacts on our jobsites and what that all entailed. This has truly been an incredible discovery for the community and our team as we near the finish line of this three-year project.