Anyone living in the New York Metro region in 2012 probably remembers exactly what they were doing when Hurricane Sandy hit.

As I was commuting into New York the morning after the hurricane hit, it was reminiscent of a horror movie. The city was empty, lights were flickering and the streets were littered with debris.

Tom Webb, our general manager, and I immediately went to several key projects that we knew were higher risk, and we discovered that several of them had been inundated from floodwaters.

Later that day, news broke about what happened at the Jersey Shore, Long Island and other parts of our area. As I was staring at all the destruction that had hit the New York Metro region, I couldn’t help but wonder when another storm was going to hit.

That was the moment I realized I want to build projects that ensure our communities and businesses are well protected and resilient to floods and stormwater.

Lessons learned and keys to success

We’ve completed over $1 billion in projects that have not only transformed New York City’s waterfront and parks into fun, vibrant and attractive places for residents and visitors to spend their time, but also repaired and strengthened our city’s coastline to stand up to the looming effects of climate change.

Throughout these resiliency projects, the biggest lesson we’ve learned is the importance of pre-planning. Drilling operations that occur on the waterfront are tedious and lengthy and being prepared for any disruptive event—including underground obstructions—is critical.

Our self-perform group on the Skanska USA Civil side of the business has extensive underground investigative experience, which is helpful in the pre-planning stage. Having a self-perform group within Skanska also allows us to better control cost, schedule, safety and project risks. We can bring in resources immediately to help minimize disruption to local communities.

Constructing resilient projects in the aftermath of Sandy

Below are a few notable waterfront, resiliency and parks projects that Skanska has completed which highlight the breadth of our impact on New York City’s shoreline and the adjacent communities. 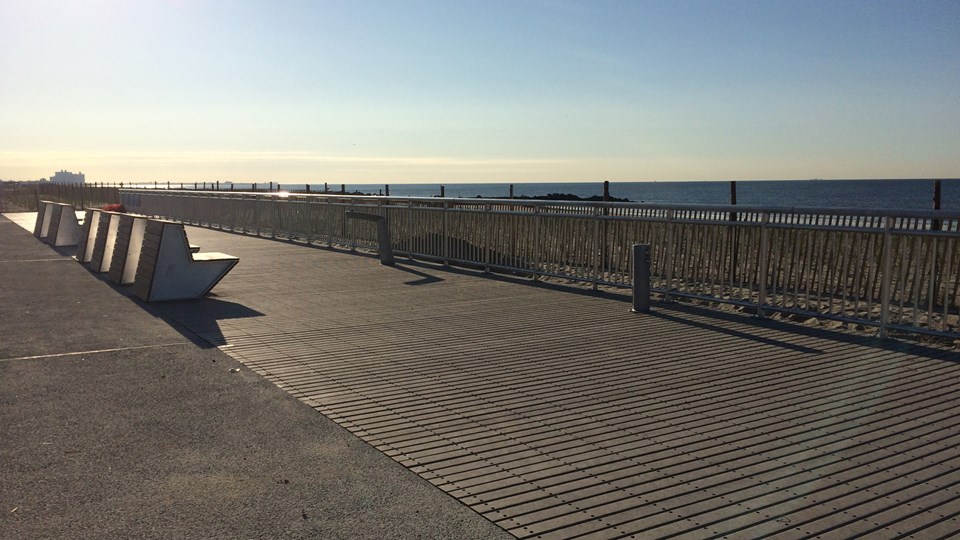 Skanska demolished and rebuilt five miles of boardwalk after much of it was destroyed by Hurricane Sandy, enhancing durability with a steel-reinforced concrete boardwalk on 5,000 steel pipe piles, 5,000 concrete planks and 1,000 concrete pile caps.

We coordinated with the NYCEDC, NYC Parks Department and U.S. Army Corps of Engineers to provide shore protection.

We also elevated the boardwalk three feet above the 100-year flood plain and incorporated a mile of baffle walls that extended four feet below grade and were reinforced by sand berms.

Skanska preserved the boardwalk’s historical integrity through innovative strategies, such as making benches from lumber salvaged from the original structure.

Beginning in April through September of every year, our team coordinated with the EDC and Parks Department to avoid disturbing the breeding grounds of the Piping Plover—a threatened bird species—on the beach.

We also maintained safe beach access at cross streets during the summer, with breaks in our jobsite fence and flaggers at each construction entrance.

Skanska is the construction manager to build the first phase of the East Midtown Waterfront Esplanade and East River Greenway.

The $166 million project involves the construction of a new in-water structure that serves as a public esplanade along FDR Drive, and a new public park space will span approximately nine city blocks.

Engineered soil will be placed in Silva Cells along the project, which collect stormwater and support the growth of newly planted trees.

After planting, the soil will be amended with certified compost, which plays an important role in recycling locally sourced organic materials and enhancing the environment by reintroducing important soil nutrients.

The project is part of a larger East River Waterfront esplanade that will stretch for 22 blocks and fill a major gap in the 32-mile Manhattan Waterfront Greenway.

The scope of work consists of the construction of the Outboard Detour Roadway Esplanade between 53rd and 59th Streets, the UN Esplanade located between 41st and 51st Streets, and the Waterside Pier, which sits between 38th and 41st Streets.

Skanska will construct a connection, including a 115-foot pedestrian bridge, from 54th Street to New York City’s waterfront. This will enable public access to sections of the waterfront that have been blocked by FDR Drive for over a half a century. 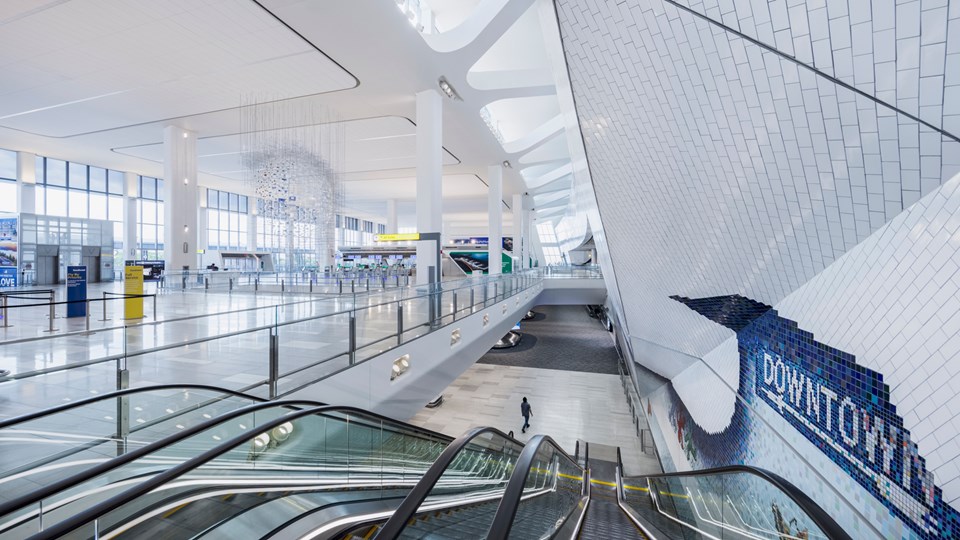 This $4.2 billion project, which reached completion this year, has earned several sustainability certifications and awards. This new terminal also includes a few standout resilient features to stand up to rising ocean levels and storms.

LaGuardia’s new Terminal B is designed to resist the intrusion of flood waters, a strategy known as “dry floodproofing.” The design features flood proof walls and deployable flood barriers.

There are massive pumps placed strategically along LaGuardia’s perimeter that are designed to be submersible, however, the sensitive electrical equipment (such as substations) that powers them still must be protected.

All critical equipment was elevated off the first floor, including generators, air handling units and other mechanical and electrical equipment. 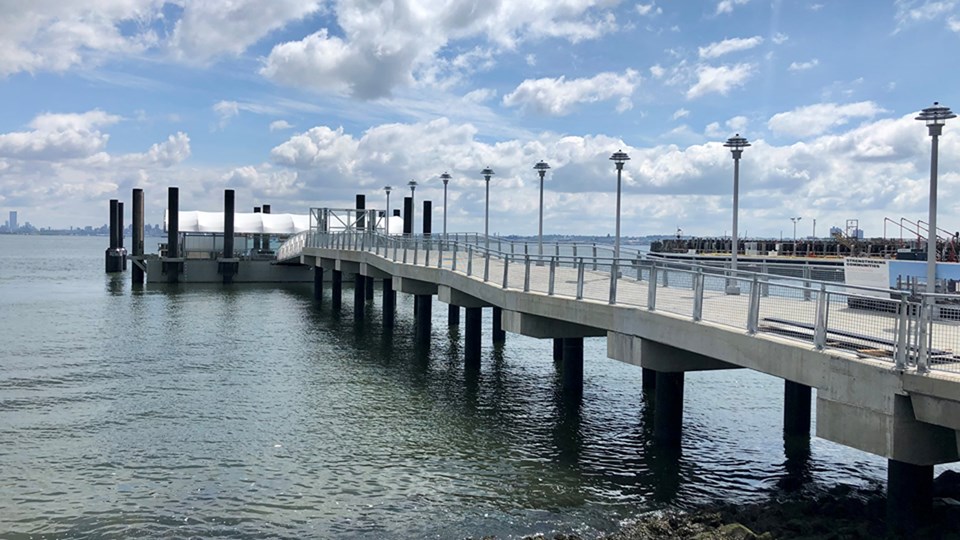 This overall project included the demolition of four commuter ferry landings and installation of 19 ADA accessible, 90’x35’ barges with canopies and windscreens.

A third phase was completed in 2021, which included the construction of five additional landings, tying in Staten Island to the ferry system.

The design upgraded the New York City Ferry system’s ability to withstand extreme environmental events and facilitate quick responses due to its inherent flexibility—from both an engineering standpoint and an operational one.

The isolation of the floating barge structure from upland components, design of minimally restrained gangways, and inclusion of contingency features all contribute to improving functionality and durability when faced with extreme conditions.

The floating barge is the primary means of protecting the terminal against damages that could jeopardize ferry service after extreme storm events.