Reaching $500,000: inside our teams’ partnership with The Leukemia & Lymphoma Society

Approximately every three minutes, one person in the U.S. is diagnosed with leukemia, lymphoma or myeloma. 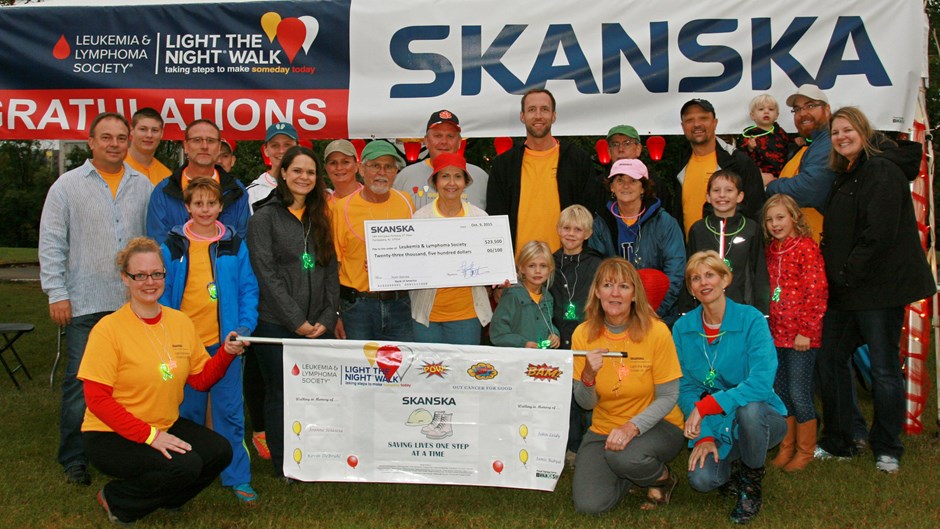 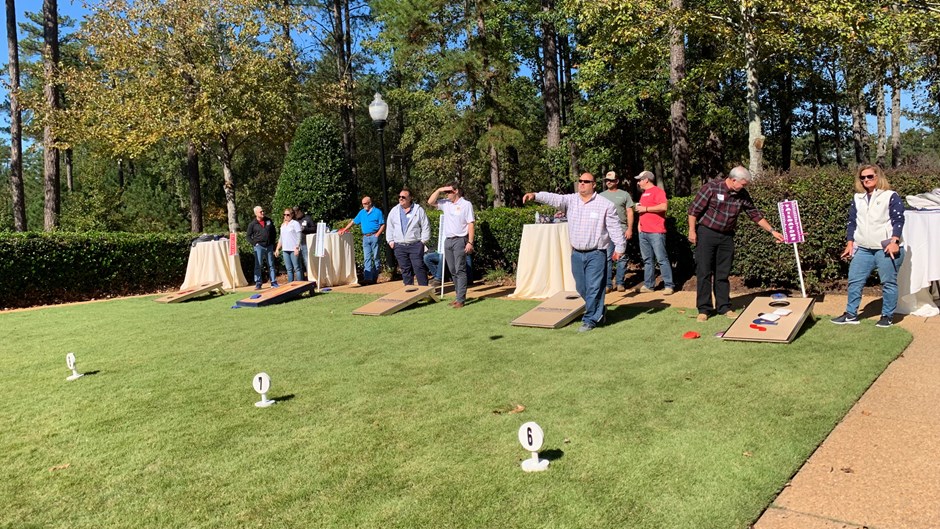 2 / 3 –In 2019, our Durham team hosted their annual Tailgate Toss event to raise money for the Leukemia and Lymphoma Society (LLS). 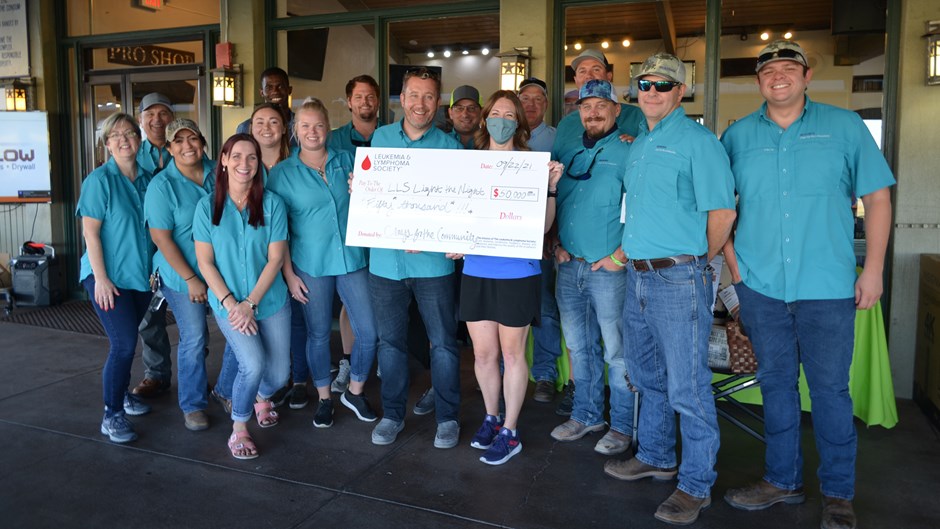 Eight years ago, two of our teams partnered with The Leukemia & Lymphoma Society (LLS) and recently, they reached an incredible milestone: raising over $500,000 to fight blood cancer.

Both our Durham, North Carolina and San Antonio, Texas teams were connected to LLS through hospital system customers.

“I was introduced to LLS when I was the general manager of our Durham office. I attended a breakfast and heard a family speak about their young daughter’s battle with leukemia. It struck a chord with me. That year, the Durham office participated in our first Light The Night walk,” explained Steve Stouthamer, executive vice president – project planning.

Light The Night is LLS’s annual inspirational evening walks across the U.S. and Canada to celebrate, honor and remember those touched by blood cancer.

Light The Night also builds awareness around blood cancer, raises money for research, and supports patients, survivors and their families.

It’s this event that attracted members of our San Antonio office to join the cause.

“The first year our office participated in a walk was in 2014. We walked through downtown at night surrounded by community members holding different colored lanterns that signified if they were supporters, survivors or walking in honor of friends or family members. It was very powerful and addicting,” explained Keith Sitzman, vice president – operations.

As the years went by, our teams found that there weren’t many colleagues who hadn’t been impacted by cancer, whether through their own personal journey or a family member, which made it easier to grow their fundraising campaigns.

Getting creative to raise money

“Our San Antonio team has had competitions between project team members to see who could donate the most money. We’ve also hosted happy hours, bowling events and silent auctions. Last year, we hosted a clay shoot and over 100 people attended the event,” explained David Brewer, senior project manager.

In Durham, our team members came up with a fun event idea during their second year of fundraising that has become an annual tradition.

“It’s a cornhole tournament called the Tailgate Toss, because anyone can throw a beanbag,” said Steve.

“We typically raise half of the funds every year through this event because we invite local subcontractors and industry partners. We also have a professional cornhole tournament organizer manage it for us. It’s always a good time,” he added.

The dedication and spirit of local LLS representatives has motivated our teams to partner with this organization for the past eight years.

“The individuals who work at LLS are the most genuine people in the world. They’re appreciative and supportive of our team and fundraising ideas. That’s really kept us involved,” said Keith.

“They’ll also tell us what our money is helping to fund, like new research initiatives. When they talk about using the HIV virus and turning it into a cancer attacker, it puts things into perspective for us,” he added.

Every year, our teams kick off their fundraising event with a rally that includes a discussion from a cancer survivor.

This person shares about major moments in their cancer journey, from when they received their diagnosis to when they learned they were cancer free, as well as the hurdles they overcame throughout their journey.

Putting Care for Life at the forefront

Every year, our team members are inspired anew to keep fundraising for LLS, particularly because it aligns with Skanska’s Care for Life value.

“When you think of ‘Care for Life,’ the first thought that comes to mind is construction safety, but it extends to living sustainably and taking care of your community. We’re supporting an organization that is impacting tens of thousands of families across the globe,” explained Steve.

“LLS doesn’t just use fundraising money towards research, but they also give hotel and travel funds to families in need of cancer treatment,” he added.

Hitting $500,000 has earned our teams praise from LLS, reminding them of the impact of their efforts.

‘LLS is incredibly grateful for the ongoing support we have received from Skanska’s teams over the years. Their commitment, creativity and dedication to helping us achieve a world without blood cancer is truly inspiring,” said Coker Powell, senior vice president and chief development officer for LLS.

“Raising half-a-million dollars through tried-and-true use of corporate team building strategies benefits blood cancer patients, survivors and families in so many ways. I am excited to see how they continue to evolve their fundraising efforts,” he added.

Now that our teams have reached this incredible fundraising milestone, what’s next for this partnership?

“We’re hoping to get more Skanska teams involved in this great cause. It wasn’t until last year that our Virginia team started fundraising, and that was also when we reached out to the San Antonio team to see how much they’d raised for LLS. So, beginning this year, our teams are going to brainstorm and form a strategy together. We want to keep the momentum going and raise another $500,000,” responded Steve.